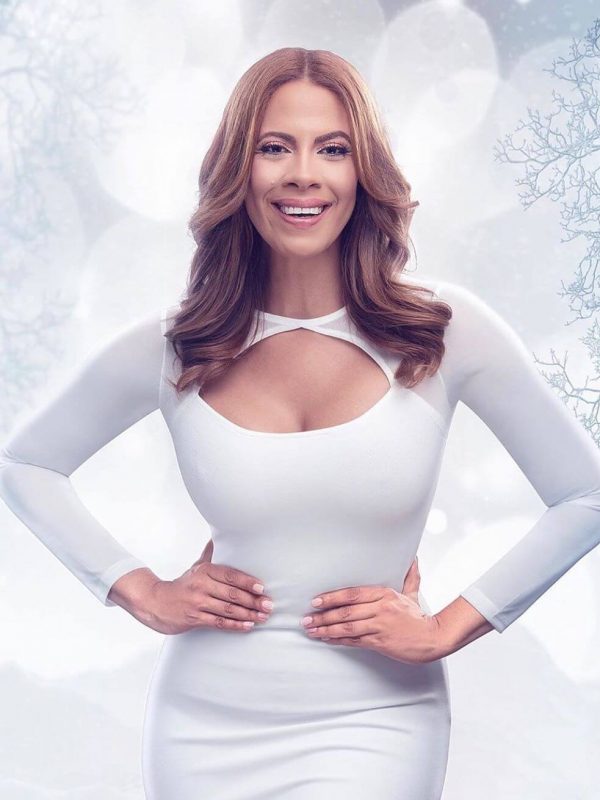 Betzy Vazquez, born in Puerto Rico where he started in radio at the young age of 15. Without having any experience, her first radio show was middays in one of the most important stations of Puerto Rico, becoming an instant hit amongst the listeners, while she continued her studies at night. After various jobs in different stations in Puerto Rico (WAPA Radio, Yunque 93, Gigante 103FM y la X-100FM), she went on to become the manager of the promotions department helping cultivate relations with very important brands in Puerto Rico, while being the official voice of the station. Throughout her career in Puerto Rico, she also ventured into television where she hosted TV shows on Televicentro Puerto Rico, and Channel 4. She was also the host of “The Noon Show, Hello WAPA” WAPA TV.

In 2003, Betzy made the decision to move to Orlando, Florida taking over the midday show on Mega 98.1FM, almost instantly becoming the number 1 radio host in her time slot, and earning the nickname “La Gatita”. Making her one of the most important radio figures in central Florida including on local television. In May of 2008, La Gatita moved to South Florida where she recently celebrated her 25th year in broadcasting and is still delighting her audience daily on WXDJ EL Zol 106.7FM “EL Vacilon de La Gatita” from 6AM to 10AM.

Betzy Vazquez “La Gatita” is a model, actress, entrepreneur, socialite and host of the number 1 Hispanic radio morning show in South Florida “El Vacilon de La Gatita”. Born on April 04th, 1974 in Puerto Rico, Betzy is the proud mother of two beautiful and successful daughters. If Betzy is not volunteering her time in the different communities in South Florida and helping bring awareness to needs of her listeners, she is hard at work teaching young woman at her Modeling Academy. In July of 2013, La Gatita launched a very successful fitness initiative “Ponte en Forma con La Gatita” where she hosted a weekly Zumba and Boot Camp workouts throughout South Florida and brought awareness of staying fit and eating healthy. She made sure that this initiative was completely free of charge for the communities. For all that she has done in South Florida, The City of Hialeah issued a Proclamation that the day April 04th this “El Dia de La Gatita en Hialeah”. A great honor that she proud of.

Miami New Times wrote:
Her nickname is Spanish for “the Kitten.” But Betzy Vázquez has a ferocious, sexy roar that has been waking up listeners of her 106.7 FM morning show, El Vacilón de la Gatita, ever since the station switched to a Spanish contemporary music format in November 2013. The show started on sister station 95.7 FM, where Vázquez began the Miami leg of her 25-year radio career. An olive-skinned beauty with perfect hair and an assertive voice, Vázquez got into radio when she was just 15 years old. By her early 20s, she was holding down the midday slot for WAPA radio. After bouncing around several stations in Puerto Rico, Vázquez moved in 2003 to Orlando, where she dominated the midday slot and became one of the most important voices in Central Florida. Today, Vázquez anchors the number one show on 106.7 FM and is a big reason the station has steadily increased its Arbitron ratings in early 2014. “We’ve worked very hard to get the number one spot,” she recently told the hosts of Mega TV talk show Charytín y Felix. “There is no formula for it other than to present yourself as who you are, be honest, and speak without fear of censorship.” The Puerto Rican native is the only Hispanic woman in the South Florida market anchoring her own morning program, which airs weekdays from 6 to 10 a.m. ¡Viva La Gatita!