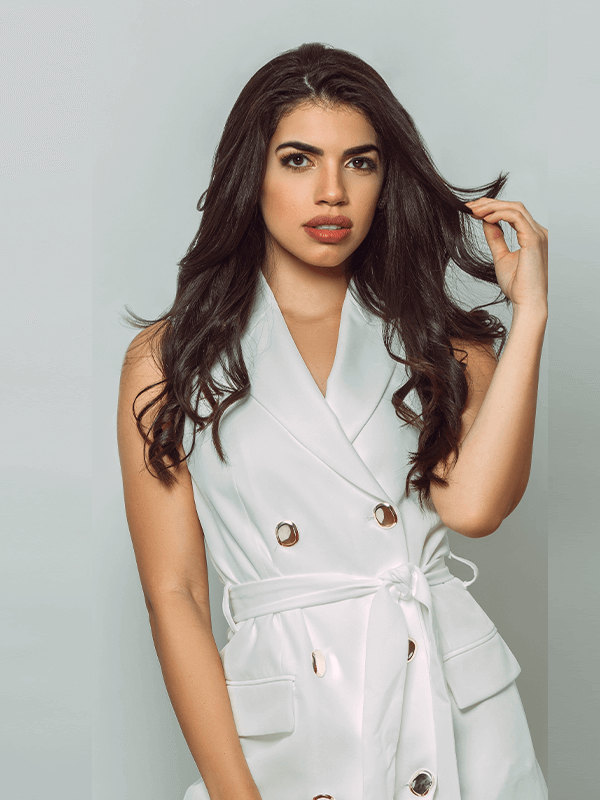 Susanlee Forty Vázquez, currently 25 years old has 11 years of experience in the modeling industry. She is characterized as a fighter, passionate about work, intelligent and above all studious. Susanlee is fluent in English and Spanish and is passionate about helping others and giving back to her community. She is currently working on obtaining a Juris Doctor Degree from the University of Puerto Rico (Universidad de Puerto Rico (UPR)). She has a bachelor’s in Psychology from Florida International University and an American Bar Association approved Paralegal Certification from Miami-Dade College.  She is the academic director and is one of the instructors at Imagen Modeling By La Gatita, a modeling academy where she has the ability to build up the students and help them become the best version of themselves. She also represents the “Mujer Imagen” foundation, in an effort to help women entrepreneurs.

At 14 years old, Susanlee was introduced to the world of modeling. She always believed that she could make a difference in the lives of all the people who crossed her path. At that age, Susanlee believed she could do that by participating in pageants. She convinced her mother to allow her and guide her in participating in beauty pageants. She’s held various titles including: Orlando’s Perfect Teen 2012; Miss Citrus Teen Miami 2013; Miss Miami Summer 2013; Miss Candy Girl 2014; Miss Miami VIP 2014; Miss Hispanic International USA 2014; Miss Fajardo Petite 2015; Miss Mundo Latina 2017; Miss E.E.U.U. Hispana 2016. Competing in beaty pageants has allowed her to travel to many places not only in the United States and Puerto Rico, but also Dominican Republic and Bolivia. She has modeled for many well-known designers and stores such as: Rosita Hurtado; Juan Carlos Collazo; Henry Mezza, Fernando Wong; Juancarlos Pinera; Sira D’Pion; Macys; Sears; Thalia and many more.

Susanlee hopes to continue furthering her education and giving back to the community.